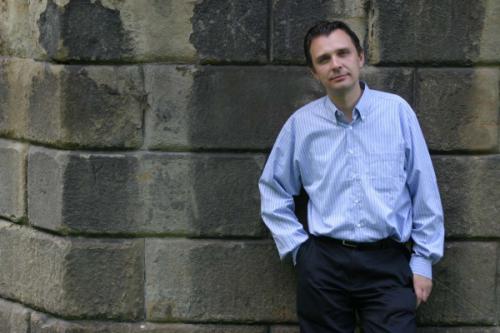 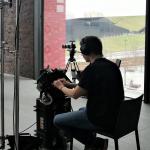 On the 8th Festival of Premieres

“A three-day festival of new music; seven concerts, two installations, nearly fifteen hours of music – only the most recent works. Thirty composers, more than half of whom are associated with PWM Edition – all this has made me happy, and I am leaving Katowice one hundred per cent satisfied,” said Daniel Cichy PhD, Director and Editor-in-Chief of PWM Edition, summing up the 8th Festival of Premieres in Katowice, which came to its close last Sunday.
more 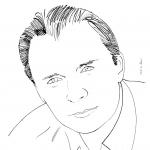 On 1 December 2017, we shall acquaint ourselves with Mikołaj Górecki’s latest work!

Mikołaj Górecki’s 'Concerto no. 2 for Flute and String Orchestra' will première on 1 December at the Silesian Philharmonic Hall in Katowice. The work will be performed by Jadwiga Kotnowska, to whom the 'Concerto' is dedicated. The soloist will be accompanied by the Silesian Chamber Orchestra, directed by Robert Kabara.
more 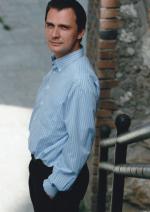 The premiere of the ‘Fanfare’ by Mikołaj Górecki

The premiere of the Fanfare by Mikołaj Górecki will take place on 16th February. The work was commissioned by Łódź Philharmonic to celebrate its 100th anniversary.
more

The November music meetings, organised under the patronage of a Silesian composer, Henryk Mikołaj Górecki, will be held for the third time in Katowice. This year, one of the concerts will present e.g. the works by Mikołaj Górecki: the latest orchestra hit "Concerto-Notturno" for violin and string orchestra and "Trio Concerto" for clarinet, horn, piano and string orchestra.
more 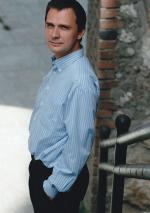 On 13 November, the "Oltenia" State Philharmonic in Craiova, Romania, will feature the concert with Polish music, organised as part of the series presenting European music heritage. Three Polish musical pieces: "Concerto-Notturno" by Mikołaj Górecki, "Bajka" (Fairytale) overture by Stanisław Moniuszko and the "Eternal Songs" symphonic poem by Mieczysław Karłowicz will be performed.
more

Mikołaj Górecki reveals his personal alphabet. How will you perceive composer after the last letter is released?
more 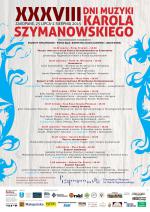 World premiere of "Trio concerto" by Mikołaj Górecki in Zakopane

We are just a two weeks away from the world premiere of Trio concerto by Mikołaj Górecki. The work was commissioned by the Karol Szymanowski Music Society and will be presented for the first time during the festival dedicated to that composer (38 Days of Karol Szymanowski's Music). Trio concerto will be played at the final concert of the Festival, which will be held on the 2nd of August.
more

Elegy for cello and string orchestra by Mikołaj Górecki, which was performed for the first time on 19 April at the Festival of World Premieres in Katowice by Tomasz Strahl (cello) and the AUKSO Chamber Orchestra of the City of Tychy under the baton of Marek Moś, was very well received by the audience and the critics.
more

On April 19, at the 6th Festival of World Premieres "Polish Modern Music" in Katowice, Tomasz Strahl and the AUKSO Orchestra conducted by Marek Moś will perform Mikołaj Górecki's Elegy for cello and string orchestra for the first time. Karolina Kolinek-Siechowicz talks to the soloist about the piece.
more

On the 11th of October in Silesia two premières of Mikołaj Górecki's works took place: in Tychy Arioso and furioso - concerto for guitar, string orchestra and percussion and in Bielsko-Biała Glory for mixed choir and string orchestra.
more

The 19th Henryk Mikołaj Górecki Polish Composers Festival will be held in Bielsko-Biała from October 9th through 11th, 2014.
more

Works by Paweł Łukaszewski and Mikołaj Górecki on the Same CD

A concert linked to the release of the album by Baltic Neopolis Orchestra with compositions by Mikołaj Górecki and Paweł Łukaszewski will be held on 30 October 2013 at 7pm in the TRAFO Trafostacja Sztuki in Szczecin.
more 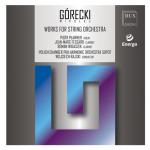 Concerto Notturno, Overture for String Orchestra, Divertimento, Three fragments, Three intermezza and Farewell are works which can be found on a new recording by the Polish Chamber Philharmonic directed by Wojciech Rajski.
more 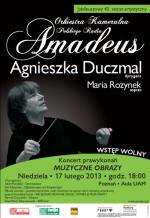 A special event will take place in just a little over a week - February 17, Maria Rozynek (soprano) and the Amadeus Chamber Orchestra of Polish Radio conducted by Agnieszka Duczmal will perform a concert made up of six new works by Polish composers.
more 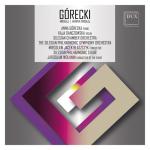 Works by Henryk Mikołaj Górecki, who died two years ago, and his son, Mikołaj Górecki, have been recorded on a common CD by various ensembles from the Silesian Philharmonic, conducted by Mirosław Jacek Błaszczyk and Jarosław Wolanin.
more 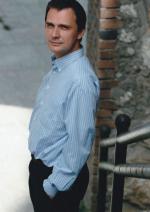 Mikołaj Górecki gave radio interviews and prepared a playlist of his favorite pieces of Polish music under the auspices of the week of contemporary Polish music prepared by WQXR radio, which can be heard tomorrow at 19.00 EST.
more 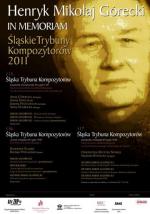 In the coming weeks Silesia will become the musical capital of Poland, thanks to concerts dedicated to Henryk Mikołaj Górecki. Already on 24 October there will be the first of three concerts under the framework of the Silesian Composers' Tribune 2011.
more

On 12 June, 2011 in Poznań, the Amadeus Chamber Orchestra of the Polish Radio conducted by Agnieszka Duczmal will premiere Mikołaj Górecki’s „Divertimento” for string orchestra.
more